The American Bar at the Hôtel de Paris, in Monte-Carlo, was honored with the title “Hotel Bar of The Year – European Hotel Awards 2019”, during the prestigious European Hotel Awards ceremony, organised by Magazine Références Hôteliers restaurateur, in partnership with Champagne Collet, which took place within the Grand Hotel Kempinski Geneva in Geneva.

During this prestigious event, Olivier Antonioli , Food and Beverage Director of the Hôtel de Paris Monte-Carlo SBM, representative of Mr. Ivan Artoli , General Manager, received the Luxury Hotel Bar of the Year trophy – European Hotel Awards 2019 from the hands of Mr. Stefano Brancato and Mr. Bertrand Glory, Champagne Collet. A well-deserved reward for this mythical and historic place, symbol of elegance and art of living. 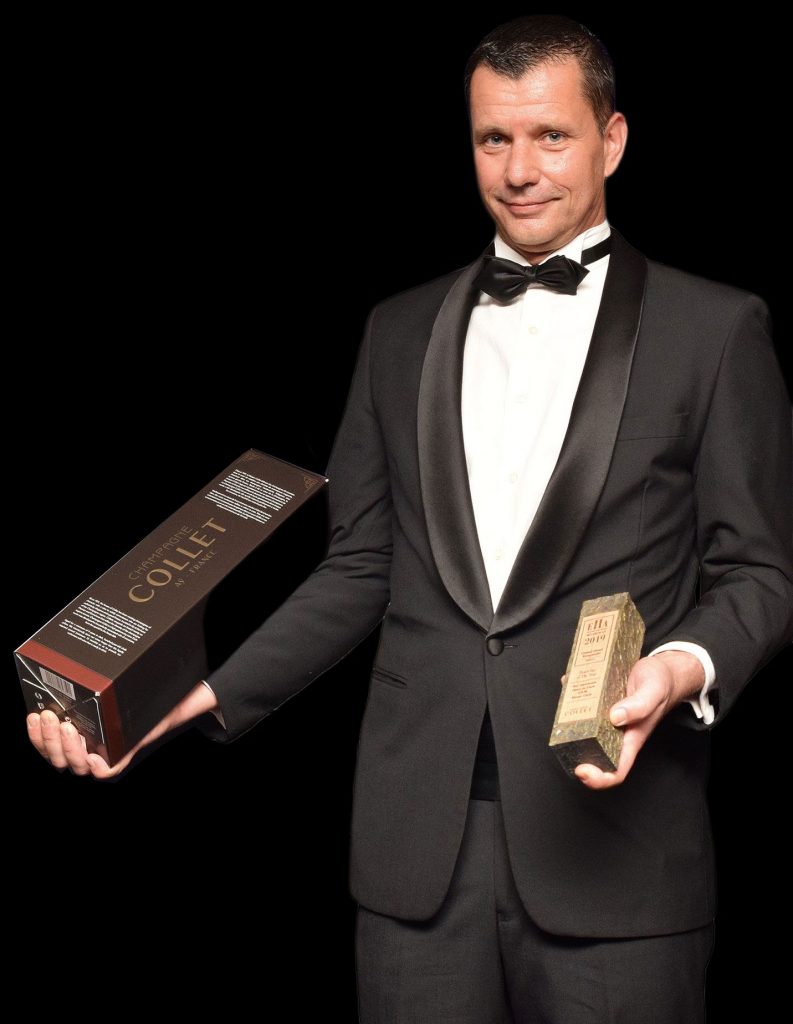 The European Hotel Awards 2019 ceremony was opened by Mr. Thierry Lavalley, General Manager of the Grand Hotel Kempinski Geneva and President of Geneva Hoteliers, and followed by a warm speech by Mr. Jan Zahradil, Member of the European Parliament, who came specially of Brussels for this prestigious evening.