Geneva, Switzerland – Monday, March 18, 2019: The magazine Références Hôteliers-Restaurateurs International, a luxury publication highlighting the luxury hotels and world gastronomy, launched in 2000, organized the second edition of the European Hotel Awards, which took place on Monday March 18, 2019 in Geneva, in the Grand Hotel Kempinski Geneva, facing Lake Geneva. At the request and according to the wishes of the main European hotel players, the European Hotel Awards by References professional trophies ensure the enhancement of the excellence of the players in the European hotel industry.

The European Hotel Awards by References (®) award ceremony, officially sponsored by Champagne Collet, and chaired by Guillaume Gomez, head chef at the Elysée Palace, took place at 6.30 p.m. in the VIP lounge of the Grand Hotel Kempinski Geneva in the presence of many professionals and personalities.

The selection and the jury:

The selection of the winners of the European Hotels Awards by References 2019 is made by a “board” made up of professionals chosen from all over Europe and hotel customers in consultation with the editorial team of the magazine Références Hôteliers Restaurateurs International.

The trophy sculptures were designed by Schaffner in Alsace. The patinated bronze sculptures (20 cm X 5 cm) are vintage and personalized for the winners who are 11 winners for the year 2019. 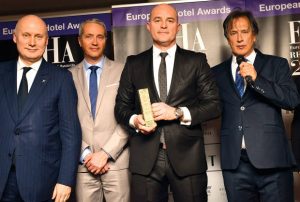 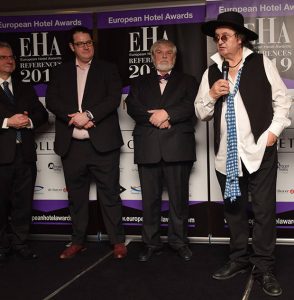 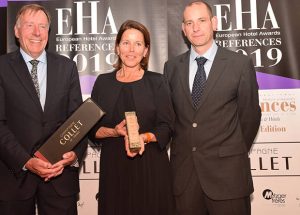 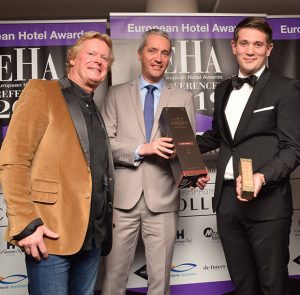 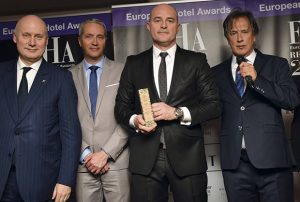 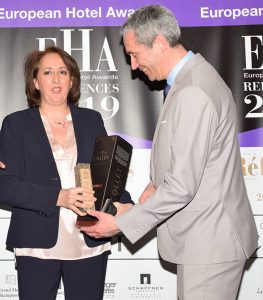 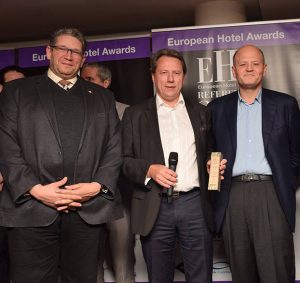 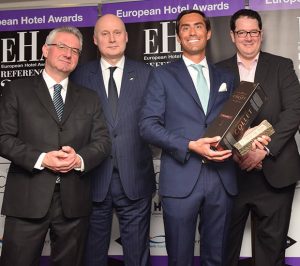 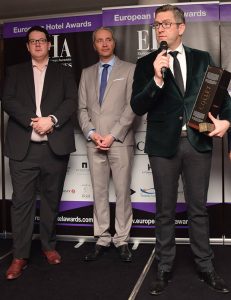 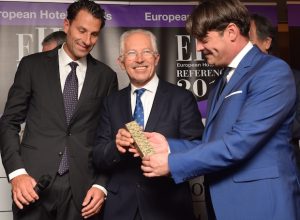 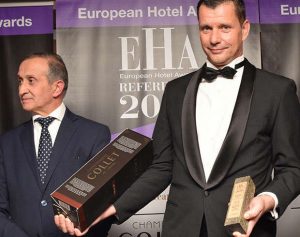 The European Hotel Awards ceremony was followed by a Gala dinner, prepared by Richard Vulliet, Executive Chef of the Grand Hotel Kempinski Geneva. A dinner highlighting the marine flavors associated with the different cuvées of champagne Collet, official partner of the European Hotel Awards. A great success orchestrated by Richard Vulliet and his team, which earned the unanimous praise of all the guests and the great chefs present.