The Fairmont Grand Hotel Geneva was awarded the Urban Lifestyle Hotel of The Year trophy during the prestigious European Hotel Awards 2020 ceremony evening, held within the grounds of the W Hotel in Barcelona on Saturday, February 1, 2020. 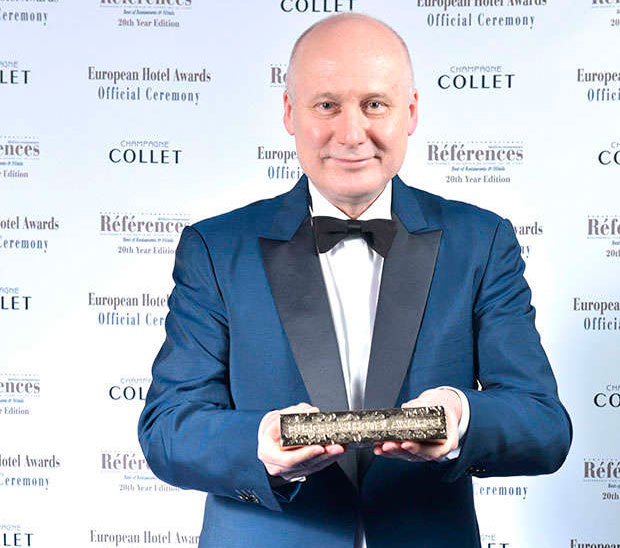 In front of this beautiful assembly, Mr Thierry Lavalley, General Manager of the Fairmont Grand Hotel Geneva, received the trophy European Hotel Awards – Urban Lifestyle Hotel of The Year. With its 412 rooms, including 33 suites and 14 apartments, one of the most beautiful spas in Europe, 3 restaurants, the Fairmont Grand Hotel Geneva is one of the jewels of the Geneva hotel industry.

The selection of the winners of the European Hotels Awards by References 2020 is made by an “administration board” and members of the EHA Academy, made up of professionals and hotel customers.